What is secular humanism?

The humanist worldview centers on humanity and human values, as opposed to supernatural entities like gods. Humanism unites compassion and reason in an effort to create a better society, where we ourselves are responsible for what happens. Democracy and human rights are universal values and must exist for all people, regardless of where one lives.

At the core of humanism lies critical thinking and a scientific view of knowledge. Humanism is a secular – non-religious – life stance that claims that there are no reasonable arguments for religious dogma, gods or supernatural explanations. Humanists have a critical view of all forms of religion, New Age spirituality and occultism.

The roots of secular humanism

Humanistic ideas can be traced back to ancient philosophers such as Socrates and Epicurus. As a philosophy, humanism started developing during the renaissance and gained ground during the enlightenment, sharing ideas such as freedom, equality, brotherhood, rationalism, tolerance and compassion. Important names in the history of humanism include Voltaire, David Hume, John Stuart Mill, Bertrand Russell, Julian Huxley and Richard Dawkins. In Sweden notably Knut Wicksell, Elise Ottesen-Jensen, Ingemar Hedenius and Georg Klein.

The international humanist movement’s symbol is the ”happy human”, a stylized human stretching its arms towards the sky in a happy, liberated gesture. Humanism wants to free people from religious complexes of sin and guilt, and the debilitating belief in eternal punishment. Humanism works for ethics based on compassion and tolerance, as exemplified in the UN declaration of human rights.

Humanists want a clear separation of church and state, religion and school. Religion is a private matter and should not be mixed with politics or other state matters. The international humanist movement sees the secularized society as a foundation for democracy.

Humaninsts Sweden was founded in 1979 and is a member of Humanists International (HI). HI was founded in 1952 and is officially represented in the UN, UNESCO, UNICEF, EU and the European Council. HI is an umbrella organization for secular humanists all over the world. Over 160 organizations are connected to it, representing 70 countries.

…provides information about secular humanism as a worldview.

…debates totalitarian and racist ideologies, religious teaching and traditions, and the consequences of these for individuals and society.

…provides advice and help to people who want a secular ceremony for their marriage, funeral or welcoming a new child.

…annually  awards  the Ingemar Hedenius award, commemorating the Swedish philosopher Ingemar Hedenius, to someone who has helped spread the humanistic message in Swedish society.

…arrange a secular ceremony that marks the opening of the Swedish Parliament in September since 2012.

A few of our standpoints

– Children, also, have the right to freedom of religion. No religiously-based compulsory education schools should be allowed.

– Ethics should not be based on religious myths.

– Protect the right to free abortion.

– All people should have the right to non-religious ceremonies at the different stages of life.

Wikipedia has two good articles on Humanism as life stance and Secular humanism as a philosophy.

For more information about Humanists Sweden, try this Wikipedia article.

If you would like to join Humanists Sweden but do not speak Swedish, please contact kansli@humanisterna.se and we will help you with your application. Membership costs 365 SEK for one year. For additional members in the same household, the fee is 100 SEK. For persons under 26 years of age the membership is free. 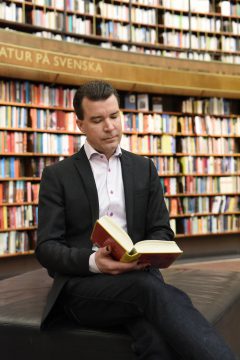